The motorbike incident happened two months ago, when he met a group of anti-violence demonstrators on the forecourt and took a short ride on one of their bikes.

It was pointed out at the time that he wasn't wearing a helmet, but he laughed it off.

TV One News reported tonight that a couple of viewers had complained to the police.


Now this is just getting silly. I agree that if it was anyone else that someone would have complained and not targeted at Hone but, FFS, this is just pathetic!

It's like New Zealand has become a nation of Patricia Bartletts. Lets complain about anything and everything. No harm no foul, I say.

C'mon New Zealand. Get your shit together.
Posted by XChequer at 8:44 PM No comments:

I just commented over at Chris Trotter's blog Bowalley Road about a post on Grant Robertson when the question rose: Where is Annette King?

Granted that they probably want to keep the focus on Phil at the moment however Robertson taking Goff to task over the Nationhood speech lead me to ask where  is the communication between Goff and his caucus. I would have thought Annette, being the capable communicator (the EFB aside) would be busy doing the deputy's job and calling the indians around the fire for a pow wow.

Yet we haven't seen Annette at all over the past fiew months.

What is Labour's deputy doing?

A bad job, some might surmise, after the Robertson affair.
Posted by XChequer at 8:39 PM No comments: 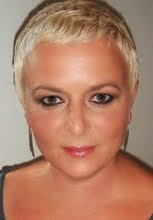 I didn't know Annie Woolf at all bar what she presented to us on her blog.

Don't get angry about this but it's like a celebrity such as Princess Diana dying (I hope Anna is chuckling away wondering where this analogy leads). We saw Diana from afar - more in publications and perhaps TV than anything. Few got to meet her. Fewer still got to speak with her. And yet when she was killed, we were affected. We felt connected by the fact that we saw something in her that we had in common. I'm not sure what it was - she seemed a most singular woman to me - yet she never failed to make an impact.

Annie Woolf has managed to achieve a bit of that as well.

I learned of her death by the blogosphere. That nebulous mass of people who, somehow believe, that people want to read what they write. Or write for the hell of it. Or any manner of reason. And that is the thing that I had in common with her.

Her life (and death) are worlds away from mine. Apart from some basic trivialities such as we are currently living in New Zealand and English appears to be our first language (after a few drinks, I suspect it becomes my fifth!), we had little else in common.

Now she has died and the only thing that strikes me is: today Anna died and someday I will die too. People have been busy leaving messages and posts about Anna on Not PC's site. Predictably, the mood is sombre and reflective. Sad that Anna has gone and the common thread is missing a stitch.

Today wasn't an everyday occurrence. And suddenly we all feel a wee bit vulnerable. Cause the other thing we have in common is going to happen too. You know, the "D" thing. Bugger. On the flip side, though, probably not today.

And that is Anna's legacy to us. For over a year, she shared with us what was happening to her all the while  still railing against the same things we, as bloggers, do: life, love, politics and bad food. All  said with grace, charm and delicious wit and all the while adding her comments on her Non-Hodgkins Lymphoma like it was a normal everyday occurrence.

But thats the point. Anna talked about it in the midst of strident comment and invective thrown around at Kiwiblog or prickly, acid commentary at Cactus Kate. Ranting madness at Whoar or barracking over at the Standard. All the things we bloggers go on about. All the while someone was dying.

Anna's death binds our community. This is a good thing. Like Diana's death perhaps. I know all the bloggers at the Cavalier tonight are finding out that we have more in common than an internet connection and a willingness to expose our thoughts.

So next time bloggers you're about to go ape on someone that has annoyed you or are about to get personal, take a moment to think about Anna Woolf. Someone who was facing the biggest and baddest challenge that all of us will face. Remember her grace and style in the face of the fact that she wouldn't be writing her blog the next day. Then remember how lucky you are to have the opportunity to do what we do.
Posted by XChequer at 11:48 PM No comments:

About The Home Office

Back in the day when jolly England ruled the world, the Home Office was arguably the most important of the four Great Offices of State.
It was responsible for the internal affairs of the Kingdom from citizenship to policing however the most important of all, in my opinion was "safeguarding the rights and liberties of individuals".
This regard for internal affairs goes to the heart of what The Home office is all about - things that affect Aotearoa and its people. We are an interesting people with lots to say. And this is the place to say it.
Welcome.

XChequer
I'm an eclectic eccentric, who has found that, with a bit time on his hands, wouldn't mind a having a yak about things.

Please treat anyone who perhaps comments with respect. If you feel that someone has grossly offended or maligned you in some way, please contact me to discuss. I can only promise to give you a fair hearing and any judgement, punishment meted out and/or subsequent comment is mine alone based on my idea of whats right and wrong.
This doesn't mean that anyone has to agree. In fact, hopefully people who don't agree by nature will feel free to come here to yak, comment and discuss. This means people from all ends of society, the political spectrum and every facet of todays world are welcome. If you have an opinion. please feel free to express it.
If you are here to troll, victimise, hound or otherwise make yourself disagreeable, then bugger off